💡 As our daily life has been disrupted and work-from-home is slowly becoming the new normal, distributed teams are much more common. But normal work patterns don’t translate immediatly, they have to be adjusted.

We all know the infamous video about Conference Call in Real Life: 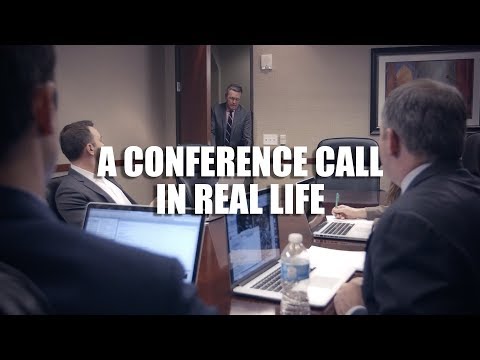 This video is emblematic of the commonly shared knowledge that be distributed teams are significantly less productive than co-located ones. Which is the usual way, indeed, but I did also find that productivity can be higher.

But it does requires some discipline & a different working pattern which pleads for a specific team enablement on distributed work, as if all you know is how to hammer things, being given screws means being significantly less productive until you figure out how to use screwdrivers ☺️.

Online workshops definitely cannot be the same as onsite ones, indeed. Trying to simply replicate those given the currently available tools isn’t really a good approach IMHO. And there is a huge amount of tooling improvement needed to make it a good approach. Moreover as those tools 1 are very expensive and maintenance prone I’d argue that they should only be used as last resort, when the regular tools aren’t enough. Yet, as they are a very scarce resource, their overhead is very high. Which immediately puts them in niches where a onsite meeting would be required, but is impossible, not due to financial issues, but timing ones.

One of the most important thing about on-site meetings are non verbal communication. How does your audience feels about what you say, the fact that you simply cannot be distracted by something else without everyone noticing, etc…

If you fully go the other way, you’ll just avoid all the non-verbal communication, and then revert to written only one. Since even oral conveys some tension. And also the audio conference are quite difficult to follow since we don’t have the indicator that someone is about to say something.

💡 In that respect, having “workshops” in a pure textual form has many interesting aspects.

Being able to cool down most of the participants due to the mere fact that typing is slower than speaking, and that simultaneous talking is much better supported textually.

That being said, most textual interactions only works well when the persons know each other enough to share a common context. If they don’t, the impedance of the contexts usually kicks in, and that is why cold emails, even internal ones are very difficult to understand correctly and therefore handle effectively .

💡 Therefore knowing each other is the key to understanding all the non-said, seemingly obvious, things.

Either through enough time via remote meetings, or simply via an initial onsite kick-off. As here, human psychology tells us that real life interactions are insanely more effective for the “Knowing us” part.

Also, don’t underestimate the needed change here. Remote-mostly working is a full paradigm shift that is of the same order of magnitude than the micro-service & serverless shift.

It requires a whole new mindset and won’t solve every problems, but unlocks many potential opportunities that one didn’t even know they existed.

Follow-up of in my next post, Fun Yet Effective Meetings.

I posted those 2 articles (Remote-mostly working, Effective Meetings) internally to my company some years ago, but I’m republishing those publicly to help others the same way it helped us.